After sparking outrage in recent weeks – with anti-Semitic comments, “White Lives Matter” T-shirt designs and more antics – Balenciaga, Adidas and Gap have all severed ties with the rapper.

Now, West has revealed his plans to get rid of the leftover products he once sold for hundreds of dollars.

In a video published by celebrity news site X17 on YouTube, the “Gold Digger” rapper gave a tour of his Los Angeles studio, where hundreds of garments could be seen alongside workers using sewing machines.

“I cut up 100 hoodies from Yeezy, from Balenciaga, from [Gap and Adidas] and everything we do is going to cost $20,” Ye, 45, said of the discarded inventory.

“We’re engineering opportunities, we’re getting past the past, we’re focused on the future,” West continued, also showing off some new designs.

In October, West kicked off a whirlwind of controversy with “White Lives Matter” T-shirts at his Yeezy Season 9 fashion show. 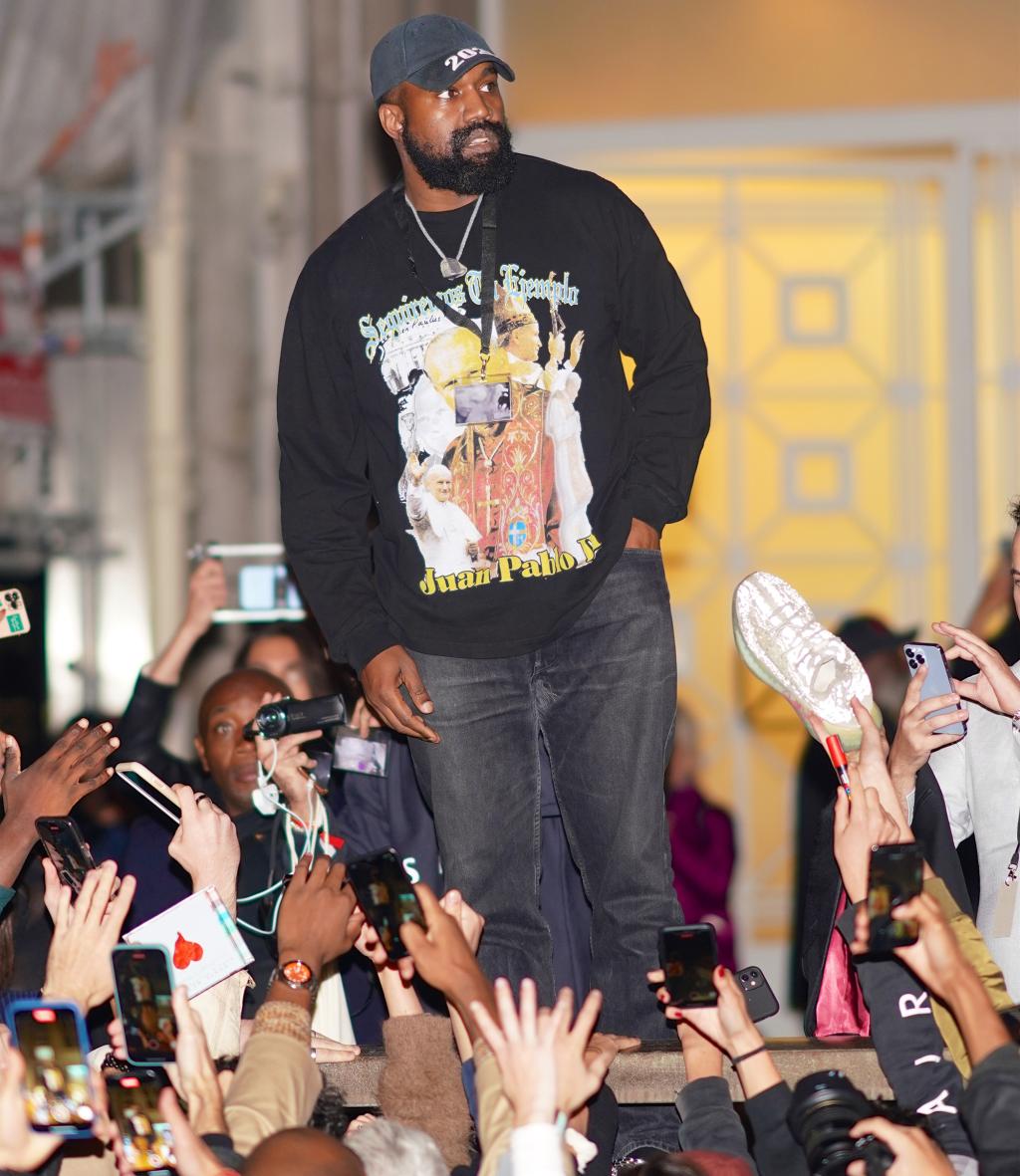 On the front of the shirts were an image of the Pope.

“Today is going to be a tough one for me…

Speaking of the future, the “Eazy” rapper also showed off his “Ye24” designs. He claimed the attire, promoting his run for president in 2024, was made from repurposed Balenciaga sweatpants and more. He further alleged on Twitter that he met with former President Donald Trump and offered him the vice presidential spot on his ticket.

Although the fashion brands denounced the rapper, West wore designs from his recent Balenciaga and Adidas collaboration in the video, including a white messenger bag ($1,290) and a sweatshirt ($1,150).

Representatives from Gap, Adidas and Balenciaga did not immediately return Page Six Style’s request for comment.