“Happy birthday to my baby boy Prince Lyric Carter 🙏❤️👑,” the model captioned a video of throwback photos on Instagram of Carter and their baby boy.

The toddler celebrated at Chuck E. Cheese, and his cake featured more photos with his late father.

The former bartender gave birth to Prince in November 2021, one week before she and the former child star broke up — and then reconciled, only to call it quits again in February.

Carter checked into rehab in September 2021 and temporarily lost custody of Prince.

A photo of Prince and his late father adorned the toddler’s Spider-Man cake. 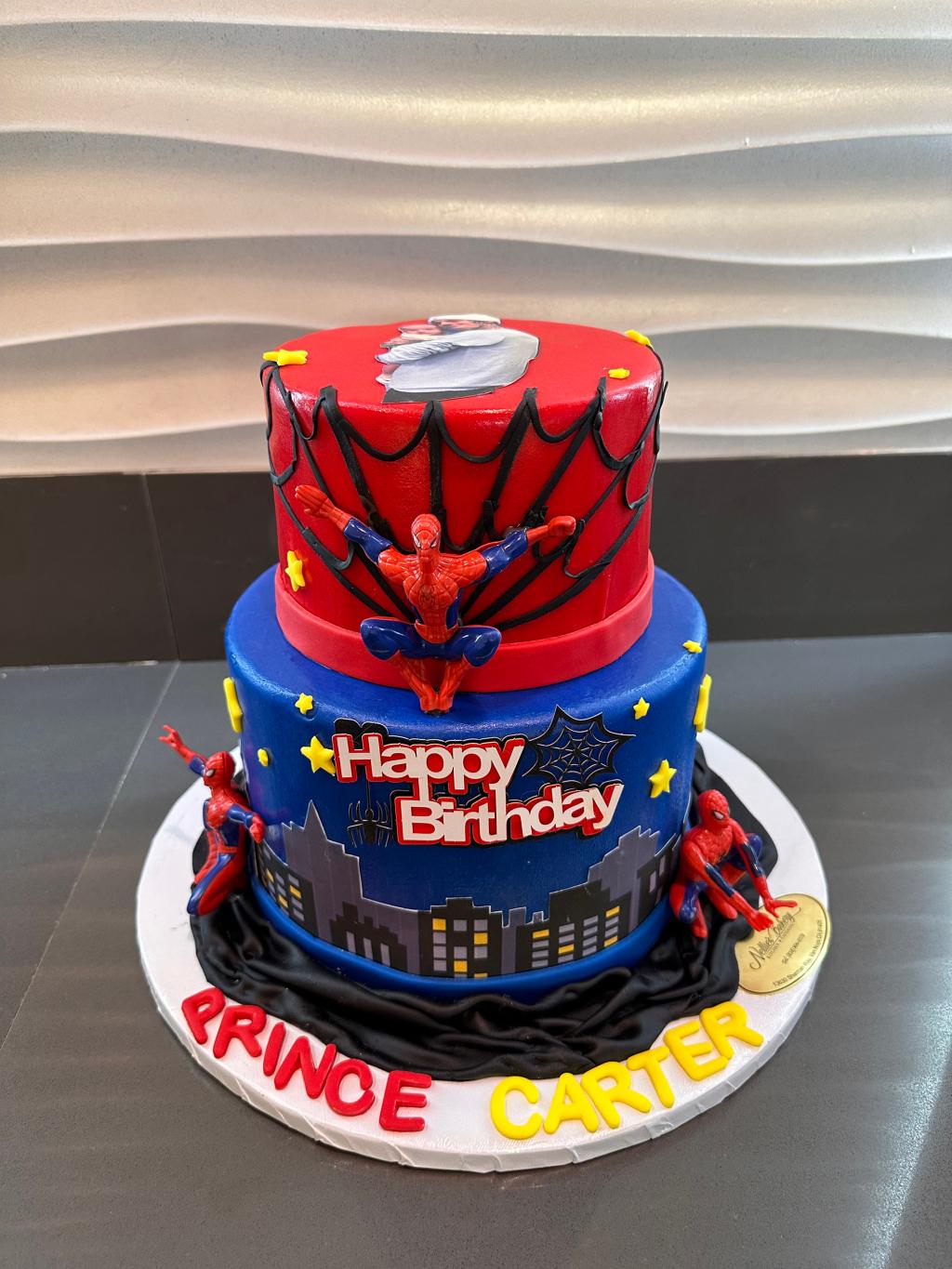 A photo of Prince and his late father adorned the toddler’s Spider-Man cake.

The “Uncut Gems” star gave some insight into the Yeezy…

Two months later, news broke that the “That’s How I Beat Shaq” singer died in his California home at age 34.

Martin said earlier this month that she was “devastated” by Carter’s death, adding, “My heart is completely broken. … I knew he was struggling, and I tried everything to help him.”

After the Love Lashes creator touched on Carter’s “independent and strong personality,” she added, “I couldn’t help him in the way I felt he needed it. I only wish I had more people to help me with him.”

He and Martin announced their pregnancy news in March of the following year.

“I’ll take amazing care of … us,” the “Dancing With the Stars” alum told his Instagram followers in 2021 after showing off a positive test. “That’s my word.”

Carter reportedly died without a will, meaning Prince will likely inherit his father’s estate.